My Grammarly is saying it is a spelling error, you should probably get Grammarly premium.

69in said:
My Grammarly is saying it is a spelling error, you should probably get Grammarly premium.
Click to expand...

My dad owns the internet

The Ambrosian republic was a failed attempt to reverse the effects that many of the people in 15th century Milan felt under a monarchy or Princedom of some kind and they wanted to revive the old republic. Also known as the golden republic for its golden ideals and because of the golden-like times of the Renaissance. Yet this republic had two major powers to face, one was Francesco Sforza, and the other Venice. Venice had always been at odds with Milan and Milan with Venice, yet both powers had a tool it could use to defeat the other,Francesco. Sforza was a family in Italy which had also intermarried with another powerful family, the Borgias. Francesco was determined to take the place of the deceased Milan king and was even fighting Venice for Milan in order to gain a granule of trust and reputation within the city state. He had bested a couple cities in Venice and even had the opportunity to become leader of those cities such as Pavia, Tortona, and Brescia. Yet many times the Milanese republic refused to give Sforza too much power, they were even planning to peace with Venice in order to cut Sforza out of anything, so for that and 13000 ducats, Francesco defected to Venice and quickly surrounded Milano and captured it! Even at the threat of Venice attacking him too, Francesco still took Milan and was widely accepted by them. This was a very oversimplified and fun way to make this thread longer XD. If you really want to know about this small bit of history, then look at the golden Ambrosian Republic in Wikipedia, but most importantly use the best source which is the Cronologia di Milano. 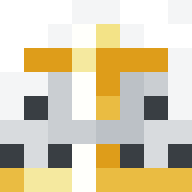 roblox is better than minecraft

its not going to stop anything

Vino o wine is a great invention, who knows who created it? A genius? Yes! A master? Maybe! A Man? NAH! A Woman? YE! In conclusion I find Vino o Wine to be a good thing for us all and should appreciate its effects it has on a humans cognitive thoughts. ty
Last edited: Sep 19, 2019 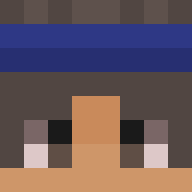